I accidentally learned something from high schoolers

Enterprise Week is the name of a week-long activity for high school seniors in the Pasco School District. It's loosely affiliated with Washington Business Week, which is our state's incarnation of a program that many states run aimed at exposing young folks to the business world.

During Enterprise Week, every senior from the three high schools in the district are pulled out of school and dropped into their "offices" in a local convention center. Volunteers from the local business community are asked to be a "Company Advisor" for each group of about a dozen students. I volunteered to be one, and I had no idea what to expect. 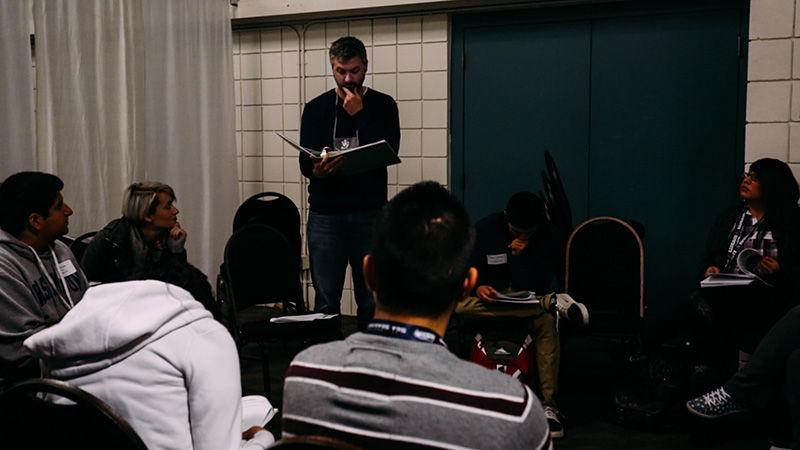 The first, most important thing a Company Advisor (CA) should do, we were told, is to sit back and let the kids do the work. Each "company" would have a CEO, a COO, and heads of other various departments, much as you'd expect from a real business. It was the CA's job to select the CEO, and then let them run the show.

Once the CEO was selected for my group and tasks and responsibilities were communicated, work began.

Remember when you were a high school senior? So you know what "work began" really means. This was not unexpected though, previous CAs and the faculty running the program set the expectation that the first day and a half or so would be wandering, confusing, and disorganized; that the kids would be largely flippant about it.

And it was, and they were.

But first, a quick side trip to look at a couple innate power structures at play here.

These kids are used to sitting in a room with an adult in the front telling them what they need to be learning and assigning them tasks with due dates. While some learning institutions take different approaches, this generalization is true of the Pasco high schools.

The second structure they're familiar with is how business structures are most commonly portrayed in the media: a powerful and/or hyper-energetic CEO having micro-control over every aspect of her business, with a hierarchical approach to delegating duties, responsibilities, and tasks very heavy-handedly.

So there I sat in an "office" with tables and chairs and 12 kids waiting to react to authority's instructions.

The first day, I said: here's your packet of information, go for it. And then I sat down and read emails or I left the "office" area altogether. Suffice it to say, the first day ended with a lot of unused time. The students got started on a few things, but largely ignored the idea that it was up to them to find out and understand what their tasks and due dates were. They were waiting to be told what to do, when to do it, and how to do it.

In the real world, there's not a lot of hand-holding.

But that is the point of Enterprise Week: a healthy serving of business in the real world.

Sometime during the second day I realized there was another way to motivate the CEO and the team without resorting to those power structures they're used to. This was supposed to be the real world after all, and if there's one thing I've learned from experience, it's that the threat of losing your job and arbitrary deadlines are the worst kind of motivators.

Instead, I got them excited about whatever progress they were making. I encouraged them when they finished something or came up with a plan they were excited about. I congratulated them when they did well, I told them to put more stock in the fact they tried something even if they failed, and I upped my energy level about the activities in general. I realized they were following my lead and it had nothing to do with explicit instructions I gave them, but everything to do with how I was acting and how I reacted to things they were doing. 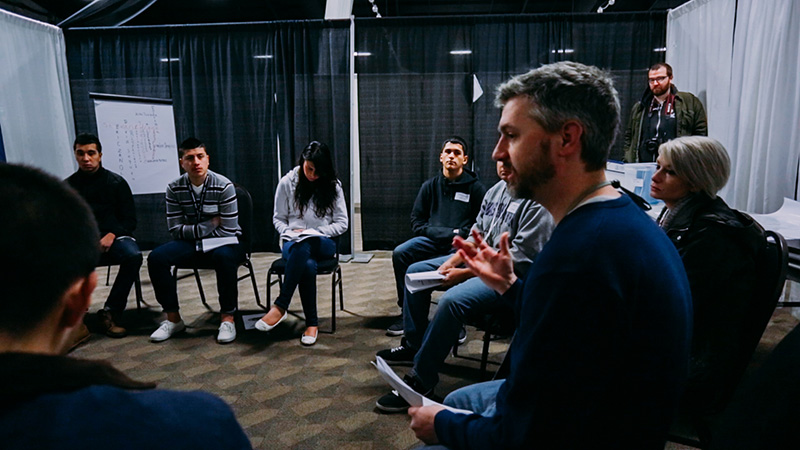 Much to my surprise, it worked! By the end of the week, they had done some pretty awesome work and they got third place overall in their division!

More importantly, they were enthusiastic about what they were doing. They were trying, they had each found a way within themselves to feel good about contributing. And I'm pretty sure they learned something about the responsibility and power they have over the outcome of their own lives.

Sure, in an environment where we all knew that I was in the position of "authority" or "having expertise," they could've been responding to that. But I don't think so. I think it had more to do with how I interacted with them.

So my accidental realization is that there's no reason I can't do this for my family, friends, colleagues, and other peers. Of course, I've kind of thought that, but never felt like I could be successful at it. Enterprise Week, at whatever level, showed me I can do that. People are people, with generally similar needs (hello, Mr. Maslow), regardless of age. When it comes to esteem and self-actualization, they want to be appreciated, encouraged, and excited.

I've found throughout my life that most people don't come to this realization completely independently. I certainly didn't. We need outside reinforcement along the way.

It's autonomy, but in a very deep, self-aware way. So many people think autonomy is having the power to choose between A, B, or C, but the autonomy I'm talking about here is the ability to see that those aren't the only options. The real problem they need to focus on is how to achieve "D. Any, all, or none of the above." Without the confidence that those choice sets are completely up to them, they won't try. They'll select one of the provided answers and go with that. That might be fine and lead to sufficient and "normal" life outcomes, but that usually means just going through some pre-determined motions and accepting some marketing department's description of "a happy life."

That is not an existence I want and I'd argue no one wants, but you have to see for yourself that you have the power to do something you truly want to do, and you must understand that living someone else's dream is not required.

I deeply want people to feel that way. I deeply want people to want that for themselves. But I can't force them to. I can't assign it to them as a task. I have to awaken the underlying motivations and stoke those such that people can find it and see it and feel it for themselves! And it's for that reason that I want to do way more of what I learned I'm very capable of: encourage, support, and be extremely positive about other people's abilities. I believe those are the things that will put people on the path to self-discovery. And that is my passion, so I'm gonna do it.